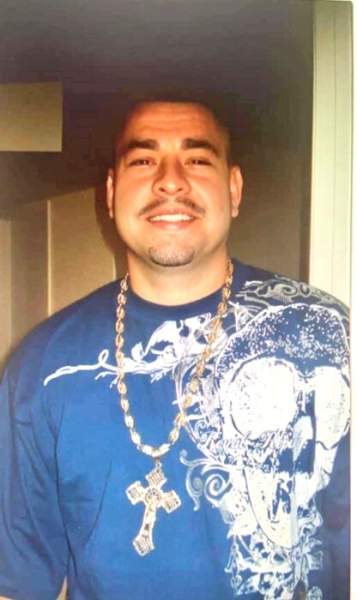 On Friday May 28, 2021, Rigo Morales, a resident of Albuquerque, was called home to be with the lord. He was born on November 02,1982 and was 38 years old. He was a loving and caring father, son, brother, cousin, and uncle who touched the lives of all who knew him. He is survived by his two daughters and son, Chyla, Jazlene and Adrian Morales and his Gordita Tanya Morales. Along with his mother Leticia Flores, and his father Ricardo Morales. His brothers and sisters, Jose Ricardo, Serafina, Mayela, Maribel, Jesus, Rogelio, Leticia, and Araceli Morales. He is preceded in death by his cousin Vicente Villela and his grandmother Rosa Valles.

He was known for his kindness, his willingness to give, and his effortless ability to put a smile on anyone's face. He was an incredible man with a smile on his face every time you saw him. His personality was like no other and a one-of-a-kind sense of humor. He was known for his music, his passion for the Raiders, his prime times, his red bulls, and his sunglasses. Rigo's music was his legacy, which will continue to be passed on and never forgotten. His kids were his life. He would always go above and beyond for his family and everyone he knew. He was a true kid at heart. Everyone is going to miss his jokes, his remarks about all the movies he would watch, his new song suggestions, and his laugh. We will always carry his memory in our hearts.

To order memorial trees or send flowers to the family in memory of Rigo Morales, please visit our flower store.