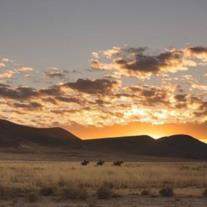 Andres Maestas, Jr., age 93, passed away December 2, 2015 in Albuquerque, New Mexico.  Andres was born August 31, 1922 in La Jara, NM the son of Andres, Sr. and Merencia (Gurule) Maestas.  He lived in the La Jara-Cuba area his entire life. Andres was a rancher and also worked for the NM Highway Department for many years. He was a strong yet quiet man. He preferred to let his actions speak more than his words.  He was a religious man and was devoted to his church.

A Rosary will be recited 6:00 p.m. Sunday, December 6, 2015 at Immaculate Conception Catholic Church in Cuba, NM.  Mass of the Resurrection will be celebrated 11:00 a.m. Monday, December 7, 2015 at Our Lady of Sorrows Catholic Church, 301 Camino del Pueblo, Bernalillo, NM.  Interment will follow at Gate of Heaven Cemetery in Albuquerque.

To order memorial trees or send flowers to the family in memory of Andres Maestas Jr., please visit our flower store.