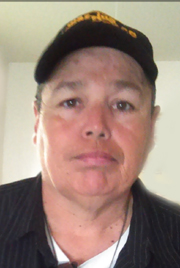 Anthony "Johnny" Martinez, age 58, beloved brother and uncle, passed away Sunday, June 30, 2019.  He was born in Albuquerque, NM, formerly resided in Roswell, NM, and currently was living in Albuquerque.  Johnny retired after 25 years of service from the City of Albuquerque (Parks and Recreation Dept.).  He was an avid Pittsburg Steelers fan.

Johnny is survived by his loving sisters, Margaret, Mildred, Rose, Jeanette, Gina, and Bernadette Martinez; and many other loving relatives and friends.  Johnny will be greatly missed by his loving family and by those whose lives he touched.

To order memorial trees or send flowers to the family in memory of Anthony Martinez, please visit our flower store.