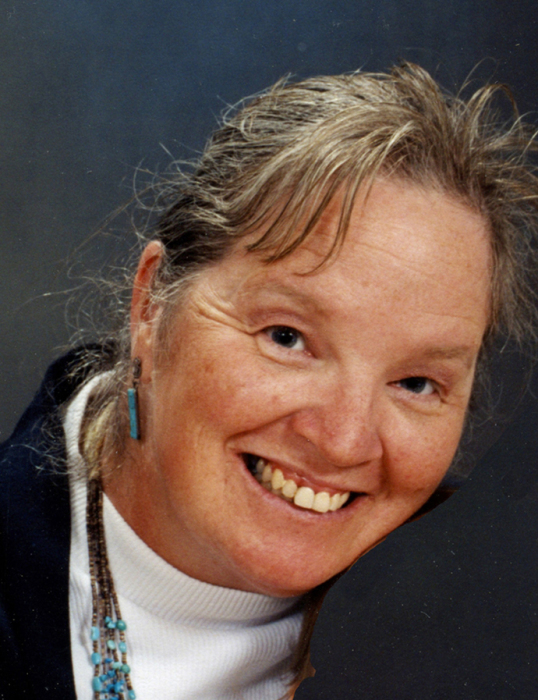 New Mexico loses a champion of local authors and books
Barbara Jane Awalt [Rhetts], co-owner of Rio Grande Books and LPD Press and co-founder of the New Mexico Book Co-op, died at age 67 on May 13 at Albuquerque. She had been diagnosed with Stage IV Pancreatic Cancer just two months prior. She was in the public relations and book publishing business for almost 40 years.
Barbe Awalt was a warrior for local authors and books and a champion of the “buy local” movement. Herself the author of over two dozen books, ranging from Hispanic devotional art to a series of titles for everyone’s “bucket list,” to bilingual picture books for Navajo and Hispanic children, she helped guide hundreds of local authors in their pursuit of getting published and distributed to local stores and readers.
Awalt received an undergraduate degree in art education at Towson State University (1973) and a master’s degree in educational administration at Johns Hopkins University (1976). After teaching art at the Maryland School for the Blind, she served as an art teacher in the Howard County Public Schools for over 15 years. Barbara and her husband Paul Rhetts started a public relations firm together shortly before they were married. They did public relations work for many clients in the Baltimore-Washington area and all across the country including the FBI, Marriott, and even the Governor of Arizona, giving seminars on technology, educational reform, and marketing as well as public relations counseling. After about 3 years, Barbara gave up her teaching to work full time in the business. Their company grew to one of the largest public relations firms in the Baltimore-Washington corridor. During this period, they fell in love with the Hispanic devotional art (santos) of the Southwest. In 1990, they left for New Mexico and settled in Los Ranchos de Albuquerque. They took on the pr duties for the largest electronics trade show in the Southwest and their pr firm flourished. Using their love for devotional art as a base, they began publishing books on the art, history, and culture of the Southwest in 1992.
Since then Awalt wrote and published almost two dozen books on the santos and Hispanic artists of New Mexico and launched a magazine on the art of the Southwest. Awalt’s company grew to be the largest independent book publisher in New Mexico, with almost 350 titles currently in print. She published many of New Mexico’s leading authors including: Rudolfo Anaya, Slim Randles, Don Bullis, and Fray Angelico Chavez, to name a few.  She received several awards and honors for her work in preserving the Hispanic arts of the Southwest, including the 2006 Mother Teresa Laureate Award (St. Bernadette’s Institute for Sacred Art) and the 2012 Millie Santillanes Education Award (New Mexico Hispanic Culture Preservation League), and in the public relations and book trade with the 1994 El Conquistador Award from the New Mexico Public Relations Society, the 1994 Award of Excellence from the Public Relations Society of America and the 2011 Tony Hillerman Joe Leaphorn Award (Hillerman Conference and WordHarvest).
The books published by Awalt also received numerous awards from the New Mexico-Arizona Book Awards, Historical Society of New Mexico, National Federation of Press Women, International Latino Book Awards, Nautilus Book Awards, Ben Franklin Awards, Western Writers of America SPUR Awards, Eric Hoffer Award, IPPY Awards, Foreword Book of the Year Awards, and others.
Awalt was the driving force in the creation in 1994 of the New Mexico Book Co-op, which is the largest not-for-profit collaborative organization for authors and publishers in the Southwest with over 1,500 members. In 2007, Barbe was instrumental in establishing the New Mexico Book Awards which recognizes the best books from or about New Mexico in over 50 categories. In 2012, the awards program was expanded to include the best books from or about Arizona. In its first ten years, the New Mexico-Arizona Book Awards Program gave out 2,282 awards recognizing 1,389 titles/authors. Quite an accomplishment for an entirely volunteer collaborative organization. In addition, almost 12,000 books have been donated to libraries and literacy programs in New Mexico, Arizona, and even to a flood-ravaged library in Lousiana; Tribal libraries and the Historical Society of New Mexico also received donated books. The New Mexico & Arizona Book Awards celebrate the best in books for the region and is one of the ways that local authors and publishers say “support local books.”
Barbe's energy, enthusiasm, generosity, and outspokeness will be lasting gifts to every author in New Mexico.
Barbe is survived by her mother Rosalie Jane Kriete Awalt of Parkville, MD, her brother Robert Donald Awalt of Cockeysville, MD, and her husband of 37 years, Paul Rhetts of Los Ranchos, NM.
In lieu of flowers please consider donating to the Pancreatic Care Action Network [

To order memorial trees or send flowers to the family in memory of Barbara Awalt, please visit our flower store.