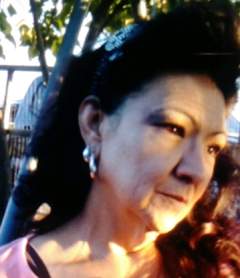 Bernadette Garcia, age 50, beloved mother, daughter, sister and grand-daughter was called to her heavenly home Thursday, August 22, 2019. She was born in Los Angeles, CA on November 26, 1968, and was a resident of Albuquerque, NM.  Bernadette graduated from Cibola High School in 1986 and was employed by Sun Soft Corp for 15 years.  Bernadette enjoyed fishing, music, shopping and crafts.

Bernadette is survived by her son, Charles Torrez III; her loving mother, Cristy Gutierrez; siblings Jenna Lapaglia and husband Tom, Marcos Gutierrez and wife Angela, and Melissa Gonzales; and many other loving relatives and friends.  Bernadette will be greatly missed by her loving family and by those whose lives she touched.

To order memorial trees or send flowers to the family in memory of Bernadette Garcia, please visit our flower store.