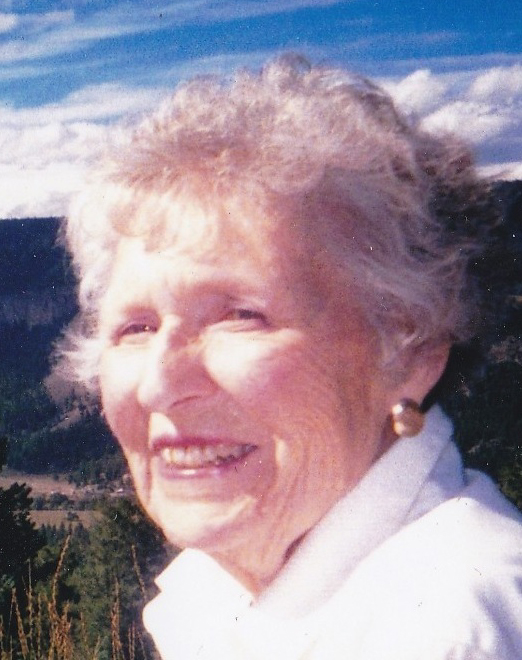 Bette Bernice Brashar, born June 18, 1930 in Cody, WY, died peacefully on the evening of May 14, 2018. Bette spent her first years at Valley Ranch on the banks of the Shoshone River near Cody, Wyoming. She loved life on the ranch, but after the early death of her father at her age 4, she and her mother moved frequently to find teaching jobs, a challenge during the Great Depression. At age 8, she fell very ill and was bedridden for a year due to an infection which left her with a fused hip.  That was the beginning of her love for art, as she taught herself to draw and paint to pass the time during recovery. When she was 12, she and her mother settled permanently in Salisbury, MD, where her mother taught first grade and trained new teachers. She and her mother spent many summers in New Mexico with her aunt who was a teacher in Espanola and Santa Fe.  It was while in Espanola that she met her future husband, Robert F. Brashar, at a baseball game.  After her first year at Colorado Women’s College in Denver, she and Bob were married in the summer of 1948, and began life together in the Chama Valley, which reminded Bette of the mountain vistas and ranch life she had enjoyed in Wyoming.

After caretaking the Prebstall Ranch south of Chama through one brutal winter with the only running water frozen solid in a water tower all winter, Bette and Bob moved to a cabin on the
Canones Stream to complete finish work on their future home just up the hill. One room still lacked a floor when she began raising the first of their two daughters. She was bravely persistent in living by her convictions, which included her belief that children raised amidst mountains and ranches should love horses and riding, and be able to climb to the top of every mountain in the area, so they would know the view on the other side. She set the example by meeting that challenge herself at every opportunity. Through her daughters’ childhood Bette also continued her art and established close friendships with her bridge buddies, with whom she played for over 50 years. She also was active in the Chama School PTA, volunteered as a fundraiser for the Presbyterian Church and  the Santa Fe Opera, and helped with Chama music festivals and theater productions. Bette also was a realtor, working for Ethel Mundy of Northern New Mexico Realty for seven years, a job she loved because it gave her an excuse to explore every road in the area. She also loved to travel and jumped at any opportunity to see other parts of the world. Her descendants are grateful for her adventurous spirit, her commitment to lifelong education, her passion for art and the beauty of the world around us, and her love of animals. These values were her greatest gifts to us.

Bette was preceded in death by her parents, Clayton and Bernice Mead Brady and her beloved husband Bob.  She is survived by her two daughters  and husbands, Devi and Charlie Lawrence and Shane and Col. John Russell; her grandson and wife, Elliot and Mary Wilkinson; her two great grandchildren Ellie and Ben Wilkinson; her cousins John Mead and  Alice Mead Corbett and their extended family; and her brother-in-law G.K. (Bud) Brashar and his extended family;  as well as her “Team” of helpers: Debbie Hughes Sosa, Viola Trujillo, Michelle Trujillo, Gayl Bonwell,  John Maez, Mikaela Martinez, Barbara Sanchez, and Marty Madrid; and her bridge buddies: Francis Rhoerig, Beva Russom, and Valerie Weiss.

The family thanks Bette’s “Team” in Chama who care for her as if she were family, acknowledged her, and helped her enjoy the final years of her life. The family also thanks The Retreat, Rio Rancho, NM, and Hospice de La Luz for their kind and respectful care of Bette, and Dr. Joy Lovette for her wisdom, expert medical care and appreciation of Bette’s sense of humor.  In lieu of flowers, donations to the NM Alzheimer’s Association, the Animal Humane Association, or Doctors Without Borders are appreciated.

To order memorial trees or send flowers to the family in memory of Bette Brashar, please visit our flower store.