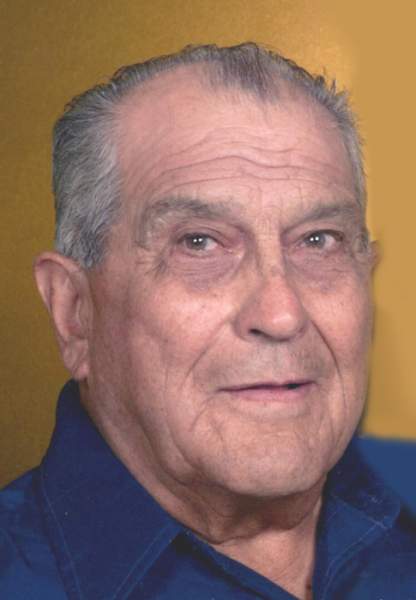 Carlos "Charlie" Bruno, age 90, beloved and devoted husband, father, grandfather, and brother, was embraced by the Lord on Sunday, August 19, 2018 and taken to his heavenly home. He was a lifelong resident of Albuquerque, NM.  Charlie was a proud Veteran of the United States Navy who served his country during World War II.  He enjoyed working on his garden, watching the hummingbirds and geese flying overhead, watching boxing matches on TV, and especially visiting his brothers.

He was preceded in death by his parents, Joe and Vicenta Bruno; his sister, Bobbie Bruno; and brothers, Jim and Henry Bruno.  Charlie is survived by his loving wife of 64 years, Esperanza M. Bruno; his children, Carlos R. Bruno Jr., Joe Bruno and wife Debbie, Manuela Bruno, Dorothy Valdez and husband Steve, Vina Torres and husband Gerard, Carla Montoya and husband Mel, Gerard Bruno, and Patty Bruno; 19 grandchildren; and five great-grandchildren.  Also surviving is his brother, Sam Bruno; and many other loving relatives and friends.  Charlie will be greatly missed by his loving family and by those whose lives he touched.

Visitation will be Wednesday, August 29, 2018 from 6:00 p.m. to 7:00 p.m. in the Chapel of Daniels Family Funeral Services ~ Alameda Mortuary, 9420 Fourth St., NW, Albuquerque, where a Rosary to be recited at 7:00 p.m.  Mass of Christian Burial will be celebrated Thursday at 9:00 a.m. at Nativity of the Blessed Virgin Mary Church.  Interment will follow at Santa Fe National Cemetery at 12:45 p.m.  Casket Bearers will be Joseph Bruno, Matthew Garay, Sammy Bruno, Edward Reynolds, Isaac Torres, Thomas Bruno, Layne Bruno, and Tristian Aragon.

To order memorial trees or send flowers to the family in memory of Carlos Bruno, please visit our flower store.