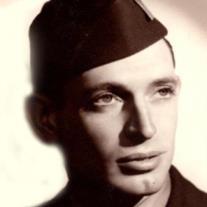 Charles Edwin Dale was born in 1918 and grew up in North Texas during the depression. As a boy, he learned to drive a Model A Ford while delivering milk from his grandfather's farm. He valued education but ran out of money after his first year of college. He was later sent to war and served as a forward observer in the Army during three battles, including the Battle of the Bulge, and  is the recipient of a bronze star and purple heart.  He retired as a Major after 20 years in the Reserves.  After World War II, he returned home to marry Leona Ford. With Leona's support and the aid of the GI Bill, he completed his undergraduate and law degree in four and a half years. He passed the Bar and became a college professor, teaching law to business students at Texas Tech University. He and Leona had three daughters, four grandchildren, and four great grandchildren. At the age of eighty, he taught himself to use a computer and the Internet so that he could communicate with his family across the country. He was fiercely independent and a devoted husband, acting as Leona's primary caregiver until she was taken by Alzheimer's four years ago and continuing to live on his own while regularly walking in the mall until 12 months before his death at the age of 96.
He is survived by his daughters, Mary LeBlanc and husband Paul, Kathleen Colarusso and husband Charles, and Patricia Williamson and husband Stephen; his grandchildren, Janice Riggins and husband Shawn, Karen Fuller and husband Todd, Candace Natoli and husband Kristopher, David Colarusso and wife Jessica; great-grandchildren, Olivia Riggins, Annalise Natoli, Noah Colarusso, and Ian Fuller. He was a good man and he will be missed.
Committal Services will be conducted Tuesday, May 26, 2015 at 12:45 p.m. at the Santa Fe National Cemetery, 501 N. Guadalupe St., Santa Fe, NM 87501.

To order memorial trees or send flowers to the family in memory of Charles Dale, please visit our flower store.