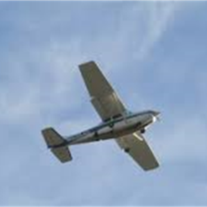 Charles "Chuck" Franklin Lester, Jr., age 59, went to be with the Lord, Tuesday, April 14, 2015, after a long illness.   He was born in Norfolk, VA and grew up in Virginia Beach enjoying boating and fishing.  Chuck was employed by several automobile agencies and enjoyed overhauling VW motors.  He had a passion for air planes and spent many hours navigating simulated flights on his computer.

He was preceded in death by his mother, Margaret Lester.  Chuck is survived by his loving wife, Sharon Thompson-Lester of Albuquerque, NM; his father, Charles Frank Lester, Sr. (Air Force Veteran); step-son, Daniel August; step-grandchildren, Erica, Autumn, and Holly August.  Chuck will be greatly missed by his loving family and by those whose hearts he touched.

To order memorial trees or send flowers to the family in memory of Charles "Chuck" Lester Jr., please visit our flower store.