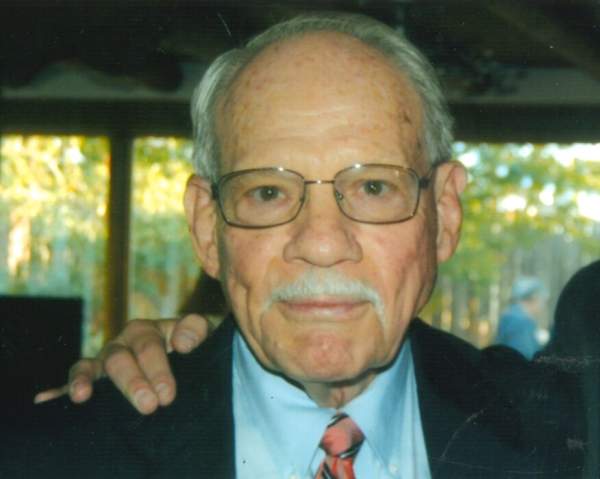 Clarence "Skip" A. Chauvin Jr, passed away on  November 26, 2021. Affectionately known as Skip, a nickname that emanated from Grandma Chauvin calling him Skippy as a child, could in part be described through numerous adjectives: Precise, kind, endearing, supportive, intelligent, quick-witted, humorous and religious. He was also a loving husband, father, brother, uncle, grandfather and great grandfather.

But descriptive words can only capture a part of the essence, the capable, responsible, high-character and distinguished man who Skip developed into.

Walter and North Broadway,(Skip’s grandfather was a home builder and he made sure his only daughter moved up in house quality periodically). He started attending Saint Mary’s in the third grade and played football, basketball and baseball before graduating from Saint Mary’s High School in May of 1952.

Skip then took his high school education and fishing and hunting experiences to Colorado A&M, which became Colorado State University during his time there, ready to pursue a degree in Forestry. However, on closer inspection of a career in forestry, Skip decided it was not for him and chose instead to take on Electrical Engineering in January 1953, setting him upon a life path. Skip also joined the ROTC while in college.

Armed with an EE degree earned in December 1956, Skip accepted a civil service job with the Missile Flight Surveillance Office at the White Sands Proving Grounds, where he was responsible for ensuring that flight vehicles stayed on the range.

During the aftermath of the Korean War, Skip entered the Army and served six months on active duty, during which he said ROTC paid off for him: he was selected active sergeant of his platoon at boot camp, had a private room, no KP and, as he stated, “many other fringe benefits.” Following boot camp, he served the remainder of his six months at Fort Sill, Oklahoma, and then returned to New Mexico for five years of active reserve.

In March of 1958 he returned to White Sands for Raytheon Co. to work on the Hawk Missile System; his responsibility was the mobile launcher. He moved his family to Las Cruces, a city he loved to visit throughout his years. He married his first wife, Ramona Marie Barron, who preceded him in death.

Raytheon moved Skip over to develop an advance research project, creating a re-entry vehicle to simulate an ICBM payload. Remaining at White Sands, Skip signed on with NASA in April 1963; the Apollo program at Alamogordo, scheduled to last for three years. He worked as an electrical engineer for the first mission of the launch escape system, designed to carry the astronaut to safety. Following that first mission, he was promoted to spacecraft test conductor. By January 1964 Skip was promoted to NASA test director with operational control for all spacecraft and launch vehicle activities at the White Sands facility.

With the White Sands program concluded, Skip accepted a position working for NASA at the Kennedy Space Center, moving to Titusville, Florida. He worked as a test conductor with Apollo spacecraft operations until October of 1967 when he was put in charge of the Command & Service Module (CSM) Test Conductor office, overseeing a staff of test conductors. By January 1968 he was required to run all testing – including countdowns – for any tests where astronauts were required to participate.

When the next manned space mission initiated, the Space Shuttle, Apollo personnel were given a couple of choices for the next assignment. With the opportunity to collaborate with several old friends from the White Sands projects, Skip selected the payload side, which he worked on from 1976 through 1991. These payloads included commercial satellites and Spacelab.

As the Space Shuttle became operational, Skip was selected to function as payload manager on select missions. He stated that by far the most satisfying of these missions for him was coded STR-26R, which constituted the successful return to flight following the first in-flight catastrophe.

Skip recalled that working with commercial satellite payloads and spacecraft owners “gave me a great insight into their world, and I believe heightened my feeling of success.”

On January 3, 1992, Old Man Chauvin, as Skip occasionally referred to himself, retired from NASA.

In 2004 after meeting up with Mary Noskin the previous year at a St. Mary’s High School reunion, he married for a second time. Skip and Mary had good seventeen (17) years where he acquired a second familia  who loved him dearly. His extended family included Paul, Hilary, Lisa, Hillary, Brandon, Clayton, Jessica, Leslie , Norman, Joe, Carisa, Adam, Yolanda, Charles, Elaine, Ethan, Cora, Violet, Valentina and the four who kept him on his toes: Carlotta, Arabella, Kaisley and Evie, who affectionately called him “Skippa.”

Skip, when asked how he felt, being back in Albuquerque after all those years in Florida, often said, “I’ve come home.”

Skip touched a great many lives during his time, including those who did not realize it, for instance those of us sitting on the edge of our seats during the first lunar landing. He did it with character, integrity, love, professionalism and a deep caring and respect for the lives of the astronauts who depended on engineers like himself.

A devout Catholic, Skip was an ardent fan of Notre Dame Fighting Irish football and later in life became a staunch fan of the New Mexico Lobos.

Skip is preceded in death by his first wife, Mona, and his sister Shirley Chauvin. He is survived by his three children, sons Skip Chauvin Jr. and Bobby Chauvin, and their wives Debbie and Cindy, as well as his daughter, Monica. Grandchildren Jeremy his wife Emily, Amanda her husband Dallas and David. Great Grand Children, Trent, Hayden, Payton and Parker, his nieces Patty, Peggy and their husbands Jim and Mike, Mary his second wife, his dog daughter Sofia and his extended family listed above.

If you would like a donation can be made to the Animal Humane Society New Mexico https://animalhumanenm.givecloud.co/honor-and-remember/memorial-gifts.

To order memorial trees or send flowers to the family in memory of Clarence "Skip" Chauvin Jr, please visit our flower store.