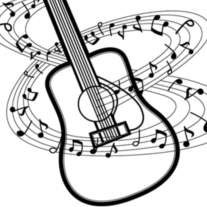 Daniel  R.C. Blea, age 55, beloved husband, son, and brother, passed away Tuesday, July 14, 2015.   Daniel was lifelong resident of Albuquerque, NM; and member of Nativity of the Blessed Virgin Mary Catholic Church. Daniel enjoyed playing his guitar, hiking, and going on road trips.
He was preceded in death by his father, Bernie Blea.  Daniel is survived by his wife, Peggy B. Proctor; his loving mother, Tonnie Blea; his brothers, Frank and Robert Blea; his niece, Monica Blea; his nephew, Francisco Blea. Daniel will be greatly missed by all.
A Rosary will be recited Monday, July 20, 2015 at 8:00 a.m. at Nativity of the Blessed Virgin Mary Catholic Church, 9502 4th St., NW, followed by the Service of Christian Burial at 9:00 a.m.   Interment will be at San Carlos Cemetery.  Pallbearers will be Arnold Mondragon, John Salazar, Raymond Chavez, Sam Trujillo, Richard Garcia, and Johnny Garcia.

To order memorial trees or send flowers to the family in memory of Daniel Blea, please visit our flower store.