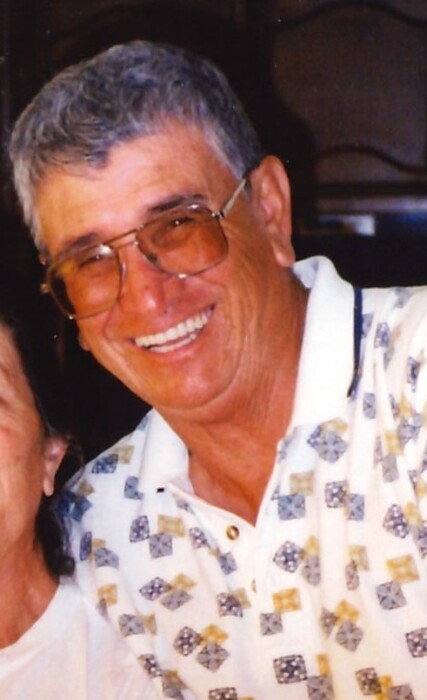 Born in Las Vegas, New Mexico and was preceded in death by his mother Bernardita and his father Patricio Trujillo. Also, preceding him in death his two sisters Margarita and Patricia, his wife Evangeline Quintana Trujillo and grandson Antonio “Tono“  Trujillo.

Daniel attended both public and parochial schools in Las Vegas. He loved Las Vegas and was glad he grew up there. He graduated from Immaculate Conception High School in 1948 and joined the Army in December 1948. He served in Fort Ord, California and in Japan for one year as part of the occupation Army and in the Korean War where he was captured and was a prisoner of war for 37 months and 10 days.

He obtained the rank of SGT. For his service and was awarded the Japan Occupation Medal, Presidential Unit Citation, National Defense Medal, Prisoner of War Medal, United Nations Medal, Good Conduct Medal and was eligible to receive the Purple Heart.

Upon his return he met the love of his life Evangeline Quintana and was married for 57 years. They had four children, Ron (Jane), Glenda (Vidal), Diana and Steve (Dorothy). Daniel graduated from New Mexico Highlands University in 1958 with a Bachelor of Arts in Education and earned a master’s degree from the University of New Mexico and held a variety of positions. Teacher, Assistant Principal, Director of Learning Materials Center. He left to California for Bilingual Education in Menlo Park, California. (Elementary School District). He returned to New Mexico and became Director of Teacher Corp for New Mexico Highlands University. Upon completion of the program, he received a fellowship to attend UNM. He attend a Doctoral program, where he completed all courses, work, and exams for his Doctoral program. However, he became ill and did not write his dissertation.

Daniel J. Trujillo will be greatly missed and lovingly thought of everyday as he was a kind and gracious man. That never gave up on anyone and was always there for his family and friends. We will carry him in our hearts forever.

Special thanks to UNM Sandoval Regional Hospital for the utmost care and compassion given to Daniel. Thanks to Dr. Zamora, Larry, Elijah and all the staff in ICU and Emergency room.

Thanks to the VA Hospital and doctors that provided care for him for years.

To order memorial trees or send flowers to the family in memory of Daniel Trujillo, please visit our flower store.