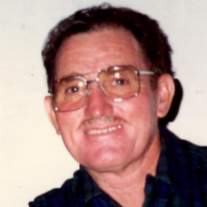 Diego A. Aragon, age 78, beloved husband, father, grandfather, great-grandfather, and brother, passed away peacefully, Tuesday, January 31, 2017, while surrounded by his loving family. He was a lifelong resident of Pena Blanca, NM.

He was preceded in death by his parents, Jose and Amalia Aragon; and his son, Diego A. Aragon, Jr.

To order memorial trees or send flowers to the family in memory of Diego Aragon, please visit our flower store.