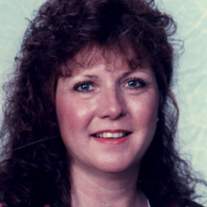 Mondragon, Donna MarieDonna Marie Mondragon, 61, a loving wife, mother, grandmother, grandaunt, aunt, sister, and daughter was promoted to glory on September 24, 2016.  She was born on February 4, 1955 to Howard Storr and Felicitas Poploski in St. Louis, Missouri.

She was preceded in death by her father, Howard; and her father-in-law, Max Mondragon.

After graduating from Nerenix High School in St., Louis, she was awarded a scholarship to St. Louis University.  While on a winter break to New Mexico, she immediately fell in love with the state and vowed never to leave.  Donna Marie was employed with Rio Grande Travel for several years working as the Director of Operations, then the Director of Sales and Marketing managing the 32 existing offices in New Mexico and West Texas.  She was also elected to the office of President of STAG; the Society of Travel Agents in Government.  She often negotiated travel contracts with the Armed Services and the Pentagon.  She also won a contract with Los Alamos National Labs worth several millions for the company before she left to work for the Hyatt Regency Resort and Spa where she was employed as the Travel Industry Sales Manager until her retirement three years ago.  She spent her time traveling with her husband and a herd of stuffed moose writing stories for children which will be published soon.  An avid reader and a member of the Bernalillo Library board, she felt compelled to give back to the community.

A Funeral Mass will be celebrated at 10:00 a.m. on October 12, 2016 at the Church of the Incarnation located at SR 528 and Pasilla in Rio Rancho, NM.  A reception following Mass will be held at the parish hall.

In lieu of flowers it is requested that donations be made to the Town of Bernalillo, Martha Libert Library, P.O. Box 638, Bernalillo, NM 87004.

A special thank you to the M.I.C.U. team that cared for Donna Marie at the UNM Medical facilities on the Westside and at the Main Campus.  They are World Class!


To order memorial trees or send flowers to the family in memory of Donna Mondragon, please visit our flower store.