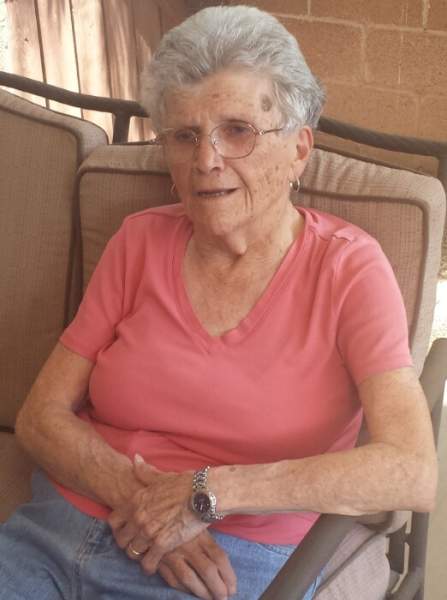 Elaine Smith, 90, died June 3, 2021, peacefully in Albuquerque, New Mexico. In the days preceding her passing she was surrounded by her family.

Mrs. Smith was born June 12, 1930, in Brooklyn, New York. She met the love of her life Ezra J. Smith of Tucumcari, New Mexico in New York while he was serving in the U.S. Army. The pair relocated back to New Mexico shortly after E.J. was discharged from the Army.

E.J. and Elaine started a family and raised three daughters, Maureen, Gail, and Debra. They established roots in the North Valley of Albuquerque and operated E.J. Smith Plumbing and Heating for many years.

Elaine was a very humble woman who devoted her life to her family. She enjoyed making her rounds to visit her children and grandchildren on Sundays. She always had a smile and enjoyed herself at family gatherings. She enjoyed playing the penny slots at the casino and having lunch/coffee with friends. She was very independent and had a feisty personality. After living in Albuquerque for nearly 70 years she never lost her New York accent.

Mrs. Smith was preceded in death by her husband Ezra Jay Smith and her Daughter Debra Ann Gonzales.

At her request, no formal services will be held.

“I know for certain that we never lose the people we love, even to death. They continue to participate in every act, thought and decision we make. Their love leaves an indelible imprint in our memories.”
—Leo Buscaglia

To order memorial trees or send flowers to the family in memory of Elaine Smith, please visit our flower store.