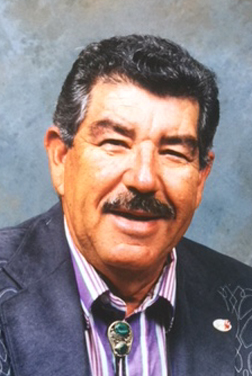 Eloy Tapia, age 85, beloved husband, father, grandfather, and brother, passed away peacefully, Sunday, June 30, 2019 while surround by his loving family. He was born in Tapia, NM and was a resident of Bernalillo, NM.  Eloy was a proud Veteran of the United States Navy, who served his country during the Korean Conflict.

Throughout his life he was a rancher, sailor, copper miner, milkman, police officer, MVD judge, and EEO officer.

He was preceded in death by his parents, Porfirio and Casimira Tapia; his eldest son, Ruben; siblings, William, Pete, Pilo, Lou West, Kenny Quintana, and Tilly.

Eloy  is survived by his wife of 63 years, Evangeline P. Tapia; his children, Diane, Lorella, Suzette Gonzales and husband Mario, Steve, Jeanette and Rory Wicks, Xavier and Bernadette Tapia; and many grandchildren and great-grandchildren.  Also surviving are his siblings, Stella Gonzales, Eliza Romero, Maida and Jo Sanchez, Joanne and George Robbins; and other numerous loving relatives and friends.  Eloy will be greatly missed by his loving family and by those whose lives he touched.

To order memorial trees or send flowers to the family in memory of Eloy Tapia, please visit our flower store.