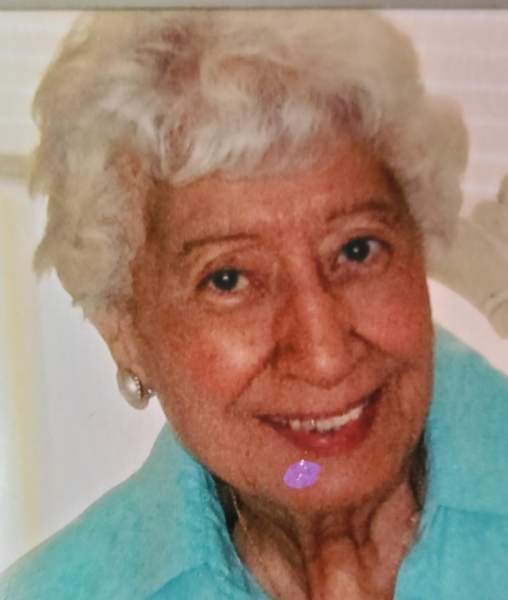 Evangeline Sanchez (Vangie & Hellie) 95, Leavenworth, Homestead Assisted Living, passed away Thursday, June 10th, 2021 at Kansas City Hospice House and Palliative Care, Kansas City, Mo. with her
loving daughter, Yolanda (Yogie) Dittemore and son-In-law Rodger Dittemore by her side. She was born
August 12, 1925 in Albuquerque, New Mexico. She was the youngest of seven children to Pedro and
Amalia Sanchez. She graduated from Albuquerque High School in 1945.

Evangeline (Vangie) was a bookkeeper for F. W. Woolworth Company for over 25 years. She retired
from Woolworths in 1972 she started on her second career working for Spartans and worked for 20
years. After her retirement from Spartans she enjoyed listening to her Country and Spanish Music,
watching Spanish Novelas, singing, gardening, traveling, and dancing with her special friend, Joe Lucero.
He preceded her in death. She lived in Los Ranchos of Albuquerque until the age of 90 years old. She
shared wonderful memories of her home in Los Ranchos, a place she kept near to her heart. She was a
lifetime member of Nativity of the Blessed Virgin Mary Catholic Church. She was a devoted and loving
mother, grandmother, great grandmother, and aunt. Evangeline will be greatly missed by her loving
family and by those who knew and loved her.

Visitation will be held on Monday June 21, at 7:30 am, a rosary will be recited at 8:00 am, mass at 9:00
am at Nativity of the Blessed Virgin Mary Catholic Church in Alameda, New Mexico, burial will follow at San Carlos Cemetery, Alameda, New Mexico.

To order memorial trees or send flowers to the family in memory of Evangeline Sanchez, please visit our flower store.