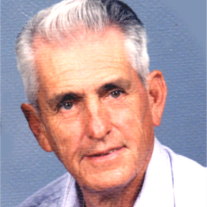 Fidencio Jorge Olivas, age 86, beloved husband, father, grandfather, and brother, passed away peacefully on Friday, March 18, 2016, while surrounded by his loving family. He was born in Coyote, NM and was a resident of Cuba, NM. Fidencio was a proud Veteran of the United States Air Forces during the Korean Conflict.  He was active in the Cuba community; and served on the Cuba School Board, and was an active member of Immaculate Conception Church and Los Guadalupanos.

He was preceded in death by his parents, Fidencio and Genoeva Olivas; his son, Victor Olivas; four brothers; and one sister.

Visitation will be Monday, March 21, 2016 from 6:00 p.m. to 7:00 p.m. at the Guadalupe Hall, in Cuba, NM, where a Rosary will be recited at 7:00 p.m.  Mass of Christian Burial will be celebrated Tuesday at 11:00 a.m. at the Guadalupe Hall.  Interment will follow at the Cuba Catholic Cemetery.  Casket Bearers will be Felix Gutierrez, Sosteno Gutierrez, Teofilo Vigil, Joe Vigil, Zeb Martinez, and Willie Jacquez.

To order memorial trees or send flowers to the family in memory of Fidencio Olivas, please visit our flower store.