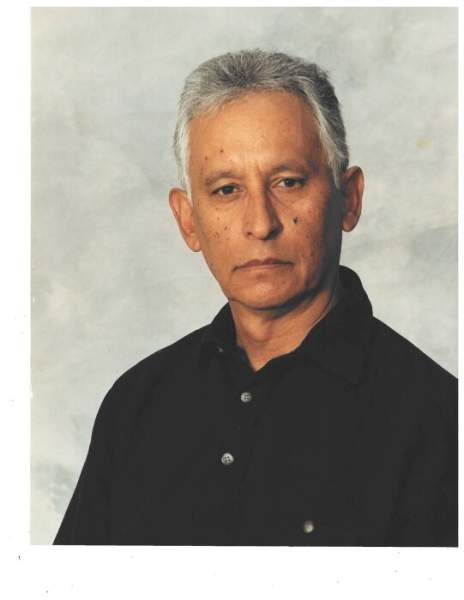 Francisco “Frank” S. Gonzales, born March 22, 1946, died May 9, 2020. Frank was born and raised in Roswell, NM and left the state - moving to Virginia with his brother Ray and wife Inge. Soon, he joined Job Corps, where he completed his high school education and was trained in bookkeeping and drafting.


Frank took a timekeeping job with Fesco Plastics in Southern California. While there, he met and married his first wife, Grace Badtram, with whom he had two daughters, Jodie Ann Gonzales Stark, and Trudie Ann Gonzales Maney. Missing New Mexico, he moved his family to Albuquerque, where he applied to the Albuquerque Fire Department, now Albuquerque Fire Rescue. He had a 20-year career, retiring as a lieutenant, working out of the Fire Marshal’s Office in hazardous materials.


Services are scheduled for Wednesday, May 27 at Holy Ghost Catholic Church, 833 Arizona St. SE (on San Pedro, between Kathryn and Gibson SE.) Rosary is at 9:30 a.m., with memorial services at 10 a.m. Due to COVID-19, attendance is limited and social distancing and masks are required. Arrangements are made by Daniel’s Family Funeral Services. In lieu of flowers, contributions can be made to American Parkinson Disease Association (https://www.apdaparkinson.org/).

To order memorial trees or send flowers to the family in memory of Francisco Gonzales, please visit our flower store.