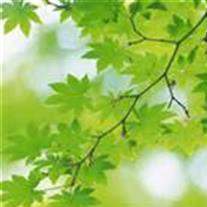 Fred Caudill, Known as Mac to those who knew him as a loyal friend, respected businessman, devoted husband, loving father, and brother, passed away Friday morning, October 16, 2015.  His perseverance though a difficult year of illness with his loving wife Janice a constant strength and encouragement by his side was another witness to his character.  A native New Mexican, Mac established deep roots to Albuquerque's north valley, he graduated from Valley High School, establishing businesses, residing and participating in his community with leadership full of integrity and care for his fellow man.  Mac had a passion for muscle cars, the Dallas Cowboys, Mexican food, and a good cup of coffee.
He was preceded in death by his parents, Reese and LeGeia Caudill; his son, Charles Caudill; brother, J.R. Caudill; and son-in-law, Chris Crafton.  Mac is survived by his wife of 46 years, Janice Caudill; his daughter, Carrie Crafton; three grandsons; two sisters; numerous nieces, nephews and extended family.  We will miss his presence, quick wit, and wisdom, but will be thankful that we were blessed to have known him and shared moments that made memories to last our lifetime.
A Memorial Service will be conducted Saturday, October 24, 2015 at 1:00 p.m. at Alameda Baptist Church, 8818 2nd St., NW, in Albuquerque, with Pastor Ken Clair officiating.

To order memorial trees or send flowers to the family in memory of Fred Caudill, please visit our flower store.