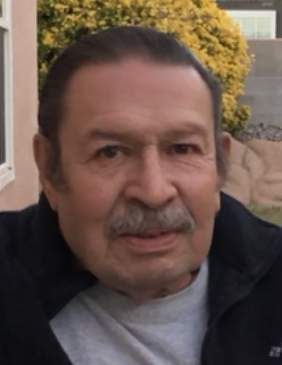 Joe S. Garcia passed away peacefully in his sleep at home on August 13, 2022 in Albuquerque, New Mexico. He was preceded in death by his parents Adrian and Sylvia; and brothers Adrian Jr. and David.  Joe is survived by his wife of 39 years, Un (Sun) Garcia; daughter Sara; son Anthony; brothers Rudy and Peter; sisters Cristella (Cristy), Lucinda (Cinda), Gloria (Lulu), Sophie, and Eluteria (Thea); granddaughters Isabella and Kaitlyn; and many nieces, nephews, cousins, and friends.  Born and raised in Albuquerque (Alameda), New Mexico, Joe attended West Mesa High School and enlisted in the U.S. Army in 1969. Joe was a proud Army veteran who dedicated his life to serving his country as a soldier in the U.S. Army for 24 years and as an Army civilian for 17 years. Having spent almost one-third of his life overseas in South Korea, he retired in 2010 and returned home to Albuquerque where he enjoyed spending time with his immediate family whom he cherished above all else in life.  Joe will be greatly missed by his loving family and friends.

To order memorial trees or send flowers to the family in memory of Joe Garcia, please visit our flower store.