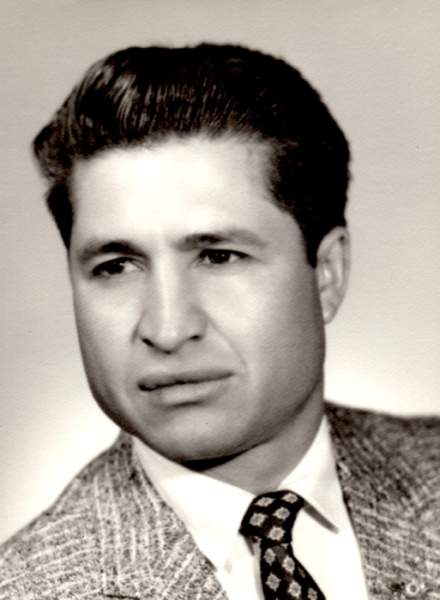 John Isidro Mondragon, age 91, beloved father and grandfather, passed away peacefully, Saturday, December 21, 2019, while surrounded by his loving family.  He was born in Taos, NM and was a resident of Alameda. After graduating from High School John joined the New Mexico Army National Guard.  He went on to receiving his Master's Degree in Education and was the Assistant Principal for Bernalillo High School at the Vocational Complex until he retired. John was a member of Nativity of the Blessed Virgin Mary Catholic Church, where he served as an usher for many years.

Some of John's hobbies and interests include hunting, fishing, gardening, and traveling.  He coached 8th grade and Junior Varsity Basketball teams in Taos, as well as Little League Baseball teams.

John is survived by his loving children, Elieen Atencio and husband Leonard, Minerva Murphy and husband Ron, Joseph Mondragon and wife Gloria; his grandchildren, John Isaac Atencio and wife LeAnn, Jessica Atencio and fiancé Johnny Ray Sedillos, Valerie Martinez and husband Marcos, Amber Murphy, Steven Atencio, Tyler Murphy, Nicholas Mondragon, and Adrian Mondragon; eight great-grandchildren; and many other relatives and friends.  John will be greatly missed by his loving family and by those whose lives he touched.

Visitation will be Sunday, December 29, 2019, 3:00 p.m. to 4:00 p.m. at  Daniels Family Funeral Services - Alameda Mortuary , 9420 Fourth Street NW, Albuquerque, where a Rosary will be recited at 4:00 p.m. Final viewing will be Monday from 8:00 a.m. to 8:30 a.m. also at Alameda Mortuary.  Mass of Christian Burial will be celebrated Monday at 9:00 a.m. at Nativity of the Blessed Virgin Mary Catholic Church, 9502 Fourth St. NW, Albuquerque.  Interment to follow at Gate of Heaven Cemetery.  Honored to serve as Casket Bearers are John Atencio, Steven Atencio, Tyler Murphy, Nicholas Mondragon, Amber Murphy, and Robert Martinez.  Honorary Bearers will be Adrian Mondragon, Johnny Ray Sedillos, and Marcos Martinez.

John's care is entrusted to:

To order memorial trees or send flowers to the family in memory of John Mondragon, please visit our flower store.