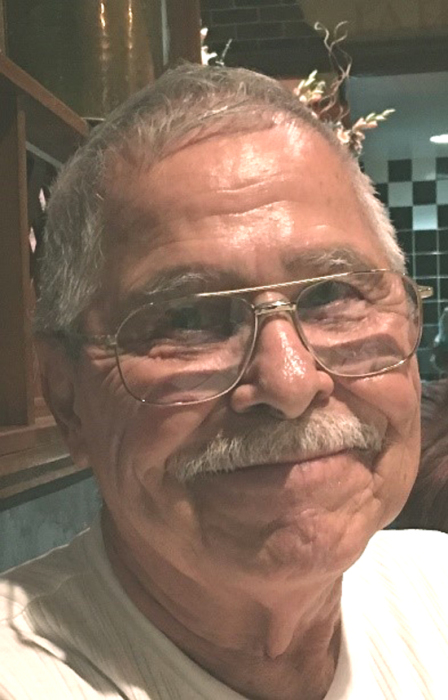 
It is with heavy hearts and deep sorrow that we announce the passing of our father, grandfather, great-grandfather, brother, uncle and friend, Johnny R. Fajardo, age 84, in Albuquerque, New Mexico. Johnny was born in Santa Rosa, New Mexico to Doroteo and Perfecta. In addition to his parents, Johnny was preceded in death by his wife of 31 years Elisa: brothers, Phillip, Jose, Celso, and Alfonso; sisters, Dulcinea (Nea)  Reynoso and Consuelo Ambriz; and stepdaughter Gloria Dusek.

Johnny served in the United States Army as a young man. He then spent most of his life working in metal fabrication until he retired in 2005. He then worked for the City of Albuquerque for several years before finally retiring for good to enjoy life.

Those left to mourn Johnny’s passing are his daughters, Vickie Duran and husband William, Michelle Devlin and husband Carl Darnell, and Tina Fajardo. Johnny is also survived by his brother, Eugenio Fajardo; stepchildren Christine Gilbert and husband Willard, Sally McMillan and husband Tom, Karen Marez and husband Pat, Tommy and his wife Laura; several grandchildren; great-grandchildren; nieces; and nephews.
The family is forever indebted to Joanne Robertson, the mother of Johnny’s daughters, who cared for Johnny during his long illness and made it possible to keep him home for the last two years of his life.

Family and friends will gather Friday, February 7, 2020 from 1:00 p.m. to 2:00 p.m. in the Chapel of Daniels Family Funeral Services ~ Alameda Mortuary, where a Vigil Service will be conducted at 2:00 p.m.  Serving as Urn Bearers will be Johnny’s nephew, Richard Fajardo; and grandsons, Dominic Ortiz, Zion Rael, and Robert Duran.

Johnny's care is entrusted to:

To order memorial trees or send flowers to the family in memory of Johnny Fajardo, please visit our flower store.

Gathering of Family and Friends