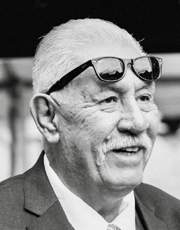 After a battle with pancreatic cancer, Joseph Randy Stevens passed away Friday, May 24, 2019 in his home at the age of 61. He was surrounded by his loving family. Joseph was a kind hearted man; he always put others first. He enjoyed spending time with his wife and children. Joseph loved to spend time tending to his backyard which was named “Luna Park.” He spent hours in his garage where he would relax and work on beautiful projects for both himself and his family. The family referred to his garage as his “apartment.” Joseph was a simple man who savored all the adventure that life had to offer. He would ride Harleys with his wife. Joseph adored fishing and always made sure his family had a fishing pole to fish with him. An incredibly hard-worker, he gave his service to the New Mexico Energy Smart Program for 42 years. Eventually, Joseph founded Central New Mexico Housing Corporation (CNMHC). His work efforts assisted thousands of low-income families all across the state of New Mexico. Joseph was an endearing man. He was a diligent and attentive father, husband, and son.


The family would like to thank Dr. Reddy and the entire cancer care team at Presbyterian Kaseman and also the Presbyterian Hospice staff.


Visitations will be Thursday, May 30, 2019 from 5:30 p.m. to 6:30 p.m. in the Chapel of Daniels Family Funeral Services ~ Alameda Mortuary, 9420 4th St. NW, Albuquerque, where a Rosary will be recited at 6:30 p.m.  Final Viewing will be on Friday morning from 8:00 a.m. to 8:30 a.m. also in the Chapel of Daniels Family ~ Alameda Mortuary.  Mass of Christian Burial will be celebrated Friday at 9:00 a.m. at Nativity of the Blessed Virgin Mary Catholic Church, 9502 4th St. NW, Albuquerque.  Interment will follow at Mt. Calvary Cemetery.  Casket Bearers will be Joseph R. Stevens II, Isaac Stevens, Jason Garcia, Mark Stevens, Manuel Padilla, and Joseph Lucero. Honorary Bearer will be Demetrio Trujillo.

To order memorial trees or send flowers to the family in memory of Joseph Stevens, please visit our flower store.