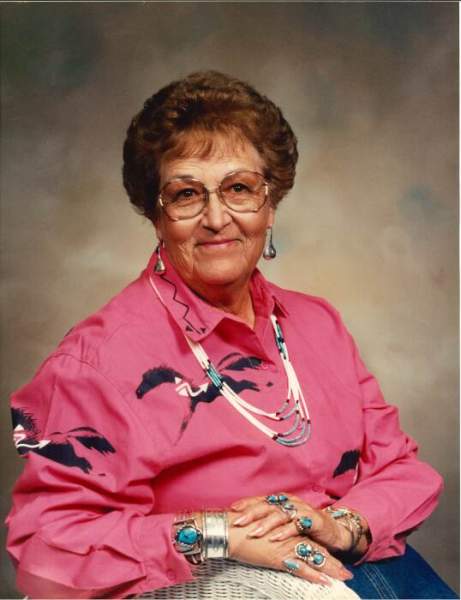 Lillie S. Chavez passed away Monday, August 29th, 2022, at age of 94. She was born March 5th, 1928, into a large ranching family in Cubero, New Mexico. She later moved to Albuquerque, New Mexico where she and her husband raised their family. Until her death, she resided in the house that she and her husband bought in the 1950s. She took much pride in her home and spent her days gardening and tending to her flowers. Lillie was a devout Catholic and a longtime member of Queen of Heaven Parish. When the pandemic hit, Lillie was still committed to her faith and would attend mass on the TV in her living room, often receiving communion from visiting ministers. Lillie was a long-time school bus driver of over 30 years where she made lifelong friends that she continued to see well into retirement. Over the course of her life, Lillie was always a fan of sports, both locally and nationally. As a young girl she played basketball, she supported her children and grandchildren in their sporting events, and she was a diehard UNM Lobos and Dallas Cowboys fan. Every Sunday, she was sure to put on her jersey to watch her Cowboys play. Lillie enjoyed traveling with her friends, sisters and children, always being the life of the trip. Lillie loved to cook and never let anyone leave her house without a full stomach, no matter the time of day. When the holidays came around, Lillie was eager to host and would set her tables with her nicest china for the whole family. Lillie will be missed by many.

To order memorial trees or send flowers to the family in memory of Lillie Chavez, please visit our flower store.