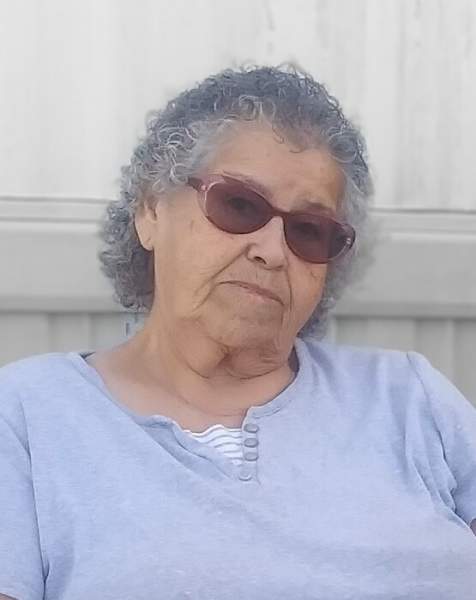 Lorraine Clarita Gonzales aged 76 was called home on Monday, November 15, 2021, after her short battle with Covid-19. Lorraine was born June 16, 1945 in Long Beach, California but became a thriving New Mexican transplant at a young age. She was a major contributor to the Jemez Valley Community at large. Not only did she work with our children at the end of her life, through the Durham Bus services, she was also a friendly face at social functions and community events.

When Lorraine moved to New Mexico, she left her parents Jose and Mary Mondragon and her siblings, George, Julie, Viola, Rudy and Rita in California. She was raised in San Ysidro, New Mexico alongside Ramona Sandoval her aunt, by her grandparents Cecilio and Sebastiana Maestas. After her education at Jemez Valley Public Schools, she Married Ramon Gonzales on June 17,1960. Lorraine and Ramon shared a full life and had six children.

She was preceded in death by her husband Ramon, and children Maria, Patricia Darlene, Inez, and Daniel. She is survived by her son, Ramon Jr, daughter Juanita and Husband John Pino, son- in law Paul Toledo, grandchildren, Mariah, Ray, and Esperanza and great grandson, Levi.

Lorraine was a beloved Daughter, Sister, Wife, Mother, Aunt, Grandma, Great Grandma, God Mother and Friend. Thought not all that preceded her in death nor survived her are listed here but, those that knew her, knew that they always had a special place in her heart. She wanted to make sure that we all took care of one another, always.

As a devote member of the San Diego Mission Catholic Church, the Family will be honoring Lorraine’s memory at a later date with a Mass and Rosary.

To order memorial trees or send flowers to the family in memory of Lorraine Gonzales, please visit our flower store.