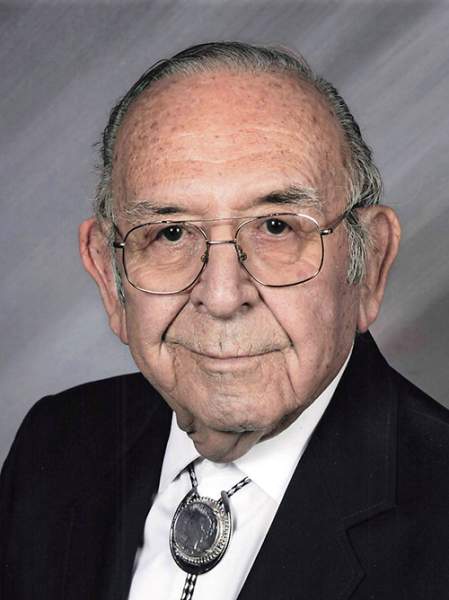 "Tony" as everyone knew him was the founder and operator of the Alameda Mortuary.  He was the first Chief of the Alameda Volunteer Fire Department, and was very involved in the American Legion serving in numerous positions including, Commander, Finance Officer of Post #69; he was the Department Commander, Adjutant for the State of New Mexico and National Vice Commander. Tony proudly served our country during the Korean War as a Corpsman in the United States Navy.

Tony loved playing golf and was on different Bowling Teams.  Over the last few years he was on the Post #69 Pool League with his friends and would have Pool matches all over the city.

He was preceded in death by his parents, Moises and Faustina Santillanes; his wife Bertha; son, Louis A. Santillanes, Jr.; daughter, Silvia Connick; granddaughter, Sabrina Louise Santillanes; and brothers, Joseph and David Santillanes.

Tony is survived by his wife Olga; his children, Michael and wife Deborah, Jeff and wife Cissy, Larry, Gary, Barbara and husband Tulio Tapia, Howard Connick Jr., Anthony Santillanes; 22 grandkids; 28 great-grandkids; his good friend Eloy Mora who referred to him as "Pops"; and other numerous relatives and friends.  Tony will be greatly missed by his loving family and by those whose lives he touched.

Tony's care is entrusted to:

To order memorial trees or send flowers to the family in memory of Louis Santillanes, please visit our flower store.