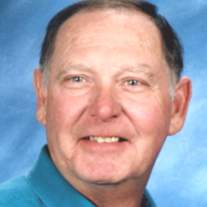 Luke Kelly, age 75, passed away peacefully at his home, Monday, January 18, 2016.  Luke was an accomplished pilot and Electrician, he worked for PNM in the San Juan County for many years.  Luke served his country in the United States Marine Crops.

He was preceded in death by his wife, Doris Jean Kelly.  Luke is survived by his children, Kathy, Sharon, Michael, and Steven, all of Albuquerque, NM; his grandchildren, Nicole Donisthorpe, Jasmine Nicole Kelly, and Spencer Davis Kelly.


To order memorial trees or send flowers to the family in memory of Luke Kelly, please visit our flower store.