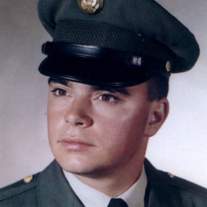 Martin A. Armijo, age 67, beloved husband, father, grandfather, and brother, was embraced by the Lord Jesus and taken to Eternal Life, Friday, April 15, 2016. He was born in Los Alamos, NM and was a longtime resident of Pena Blanca, NM.

He was preceded in death by his parents, Lorenzo and Darleen Armijo.

Martin is survived by his loving wife of 24 years, Barbara Armijo; two daughters, Feliz and Eliza Armijo; four grandsons, Vaughan, Ignacio, Armand, and Stephan.  Also surviving are his sisters, Yolanda Sisneros and husband Raymond, Elaine Flores and husband Bob; nieces, nephews and other relatives and friends.  Martin will be greatly missed by his family and by those whose lives he touched.

A Rosary will be recited Saturday, April 23, 2016 at 10:00 a.m. at Our Lady of Guadalupe Catholic Church in Pena Blanca, NM, where the Mass of Christian Burial will be celebrated at 11:00 a.m.  Inurnment will follow at the Pena Blanca Catholic Cemetery.

To order memorial trees or send flowers to the family in memory of Martin Armijo, please visit our flower store.