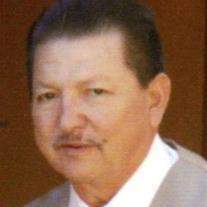 Michael O. Estrada ~ September 2, 1948 - December 15, 2014 It is with great sadness we announce the passing of our Vietnam War Hero, beloved husband, father, grandpa/great-grandpa.   He fought his last battle and went to fly with the Angels.

A Rosary and a Celebration of Michael's life will be held on Saturday, December 20, 2014 at 11:00 a.m. at Daniels Family Funeral Services - Alameda Mortuary, 9420 Fourth Street NW.