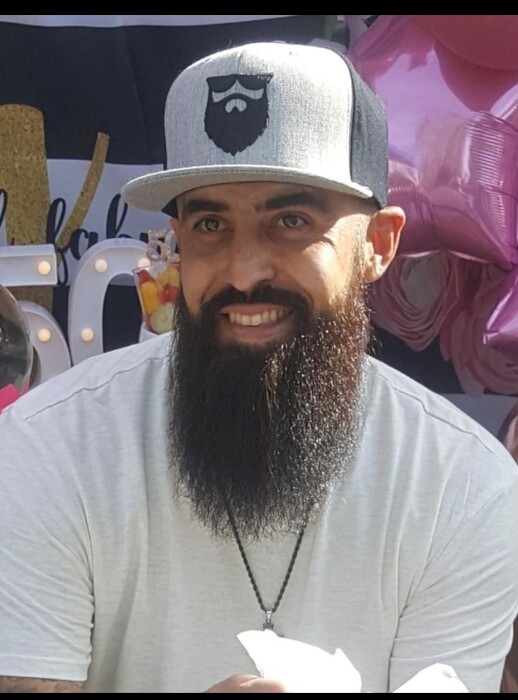 Michael Ramos Jr passed away on 7/30/2022 surrounded by his loving family.

Michael was born 5/03/1985 in Toppenish WA. To his parents Maria De Jesus Godina and Miguel Ramos. Michael spent his childhood and teen years growing up in Washington State, Michael made his home in New Mexico, with his lifetime partner Alma and their four children up until the Lord called him home. Michael was an amazing loving father, brother, son, and uncle. Michael would light up any room with his smile. He was a kind giving person, who would always put others first. He enjoyed spending time with family. He loved the company of his brother Angel, he loved to laugh at his jokes, barbecue, fishing, and camping. Michael thrived watching his kids play sports. He was always looking forward to their games. He was hard working and dedicated man. He was very talented, creative, optimistic, and wise. He was known to his sons as Big Mike or Tile Mike. He was a big fan of the Seattle Seahawks. He enjoyed spending his weekends driving around and discovering new restaurants. Some of Michael’s hobbies were getting new tattoos, giving tattoos, listening to music, traveling back to his hometown. His first place to visit in his hometown was Bob’s Drive-In. His accomplishments always put a smile on his face, no matter how big or small. He was very social and friendly with every person he encountered. He enjoyed lowriders and his oldies music. He was such an amazing kindhearted man. Michael is survived by his mom Maria DeJesus Godinan, Stepdad Miguel Rodriquez, dad Miguel Ramos, brothers Angel, Manuel, Zaed, sisters Yvonne, Rosalinda, Stephanie, his life partner of 20 years Alma Navarro, his sons Michael Ramos, Ezekiel Ramos, his twin daughters Olivia and  Millya Ramos, numerous nieces, nephews, cousins, aunts, uncles, sister in-laws, brother in-laws, his grandma Julia Ortega, his grandma Ramona Godina, his mother in-law Olivia Navarro, his Tio Luis Ortega, his cousins Daniela Gonzales, and his cousin Daniel. Michael will forever be missed and forever in our heart.

In Loving Memory Of

To order memorial trees or send flowers to the family in memory of Michael Ramos Jr, please visit our flower store.

Our Lady of Guadalupe