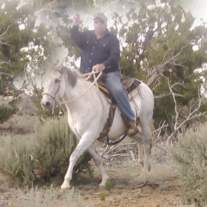 He was preceded in death by his parents, Guillermo and Hazel Maestas; son, Daniel "Lele" Maestas; and a siblings, Erlinda and Ubaldo Maestas.

Visitation will be Wednesday, February 22, 2017 from 6:00 p.m. to 7:00 p.m. at Immaculate Conception Catholic Church, in Cuba, NM, where a Rosary will be recited at 7:00 p.m.  Mass of Christian Burial will be celebrated Thursday at 11:00 a.m. at Immaculate Conception Church.  Interment will follow at the LaJara Cemetery, in LaJara, NM.  Pallbearers will be Rod Herrera, Frank Vigil, Carlos Chavez, Kelly Maestas, Juan Ortega, and Allen Vigil.  Honorary Bearers will be Jimmy Maestas, Leroy Crespin, Clarence Morales, Arthur Baca, Anselmo Duran, Leandro Padilla, and Willie Jacquez.

To order memorial trees or send flowers to the family in memory of Milton Maestas, please visit our flower store.