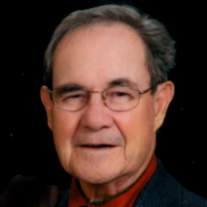 Nelson Quirino Atencio, age 88, beloved father and brother, passed away peacefully, Sunday, August 20, 2017.  He was born in Dixon, NM and was a resident of Albuquerque.  Nelson was a proud Veteran who served our country in the United States Army during the Korean conflict.  Nelson was a respected Church Elder and usher for many years at The United Church of Los Alamos.  He enjoyed ice fishing, fly fishing, hunting, and horses.

He was preceded in death by his parents, Quirino and Corina Atencio; his wife, Vita; his son, Orlando; siblings, Hector, Dennis, John Atencio and Ernestina Gonzales.
Nelson is survived by his loving daughter, Anna Atencio and Micha Rinaldi; his brother, Fred Atencio; and his sister, Florence Atencio; sister-in-law, Frances Martinez (Leo); and many loving nieces, nephews, other relatives and friends.  Nelson will be greatly missed by his loving family and by those whose lives he touched.

In lieu of flowers Memorial contributions in Nelson's honor may be made to the NM Parkinsons Disease Foundation or to Presbyterian Hospice.

To order memorial trees or send flowers to the family in memory of Nelson Atencio, please visit our flower store.