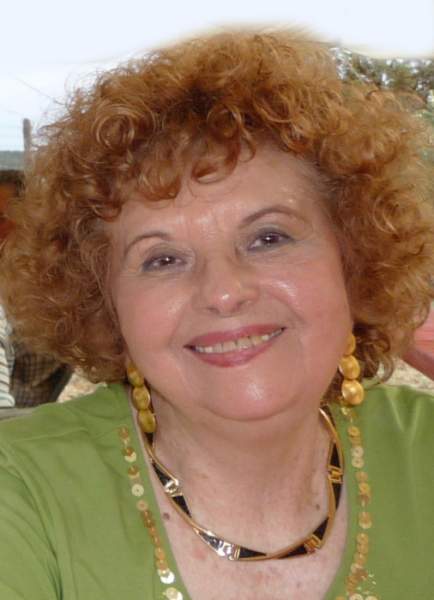 TAFOYA- Rita Lopez Tafoya, 90, resident of Albuquerque, passed away Sunday June 9th 2019. She is survived by her son Joseph Richard Tafoya, his wife, Penny Lindgren, grandsons, Dominic Matthew, Joseph Par William, and numerous nieces, nephews and cousins. Rita was born on January 7, 1929, the youngest of five children born to Pedro Lopez and Beatrez B. Lopez. Beatrez died when Rita was two years of age and her father remarried. That union produced one daughter.

Rita was raised in Socorro and Denver, graduating from Socorro High School. She attended Draughns Business College in Albuquerque. Rita married Joseph Montoya Tafoya on June 6, 1949. Before and after retirement Joe and Rita traveled extensively including a trip to their ancestral homes in Tafalla and majolica Spain. They celebrated their 60th wedding anniversary before Joe’s death in 2009.

Rita worked as a bookkeeper and a school secretary for Albuquerque Public schools for over 30 years, retiring in 1990. She was active in the Beta Sigma Phi Sorority in Socorro and Albuquerque. Rita was a passionate volunteer and worked with The Albuquerque Convention and Visitors Bureau, Catholic Daughters of America, The Women’s Club, the Casa Angelica Auxiliary and the Hispanic Genealogical Research Center of New Mexico. She was an avid bridge player during her entire adult life.

Rosary will be recited Wednesday June 19, at 11:30 at Our Lady of Fatima Catholic Church, 4020 Lomas NE, with a Mass of Christian burial to follow.

Her internment with Joseph will be Friday June 21 at Santa Fe National Cemetery.

In lieu of flowers, memorial contributions may be made to Our Lady of Fatima Catholic Church, 4020 Lomas NE, Albuquerque NM 87110 or Casa Angelica Auxiliary 5629 Isleta Blvd SW Albuquerque, NM 87105.

To order memorial trees or send flowers to the family in memory of Rita Tafoya, please visit our flower store.

Our Lady of Fatima

Our Lady of Fatima