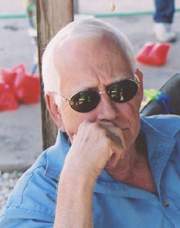 Bob was the second of five children born to Fred and Mabel Sanders in Alton, IL.  In 1955 health issues with his younger brother Jess brought the family to Phoenix, AZ for a short time and then to an open position at Sandia National Labs in New Mexico.  Fred worked in the Metal Finishing department at Sandia National Lab until he retired in the late 70's.  Bob entered into the vocational trade's metal machining program at Albuquerque High and worked in various machine shops around Albuquerque for several years.  Fred noticed in the early 60's that Sandia's metal finishing department could not keep up with Sandia's plating demands.  Fred and Mabel along with their four sons Bob, Howard, Jess and Don seized the moment and on Bob's 26th birthday, Brothers Plating was born.

Bob enjoyed watching old westerns and took his family on regular camping trips close to home.  Part of his daily routine was meeting his buddies at Dunkin Donuts for coffee and deep discussion about everything under the sun.

He was preceded in death by his parents, Fred and Mable Sanders, his siblings, Dorothy, Howard, Jess and Don Sanders.

Bob is survived by his loving wife of 27 years Thelma Sanders; his children, Deborah Godinez, Robert Sanders, Jr.,  Robert Obregon, Marlou Obregon; 21 grandchildren; 14 great-grandchildren; and many other loving relatives and friends.  Bob will be greatly missed by his loving family and by those whose lives he touched.

Visitations will be Tuesday, January 29, 2019 from 4:00 p.m. to 6:00 p.m. in the Sara Road Chapel of Daniels Family Funeral Services, 4310 Sara Rd., SE, Rio Rancho, where a Rosary will be recited at 6:00 p.m.  Funeral Services will be conducted Wednesday at 11:00 a.m. also in the Chapel.  Interment will follow at Vista Verde Memorial Park. Casket Bearers will be Robert Obregon, Marlou Obregon, Simon Obregon, Makai Obregon, Ronald Wiscott, and Sam Paul Samaniego.

To order memorial trees or send flowers to the family in memory of Robert Sanders, please visit our flower store.