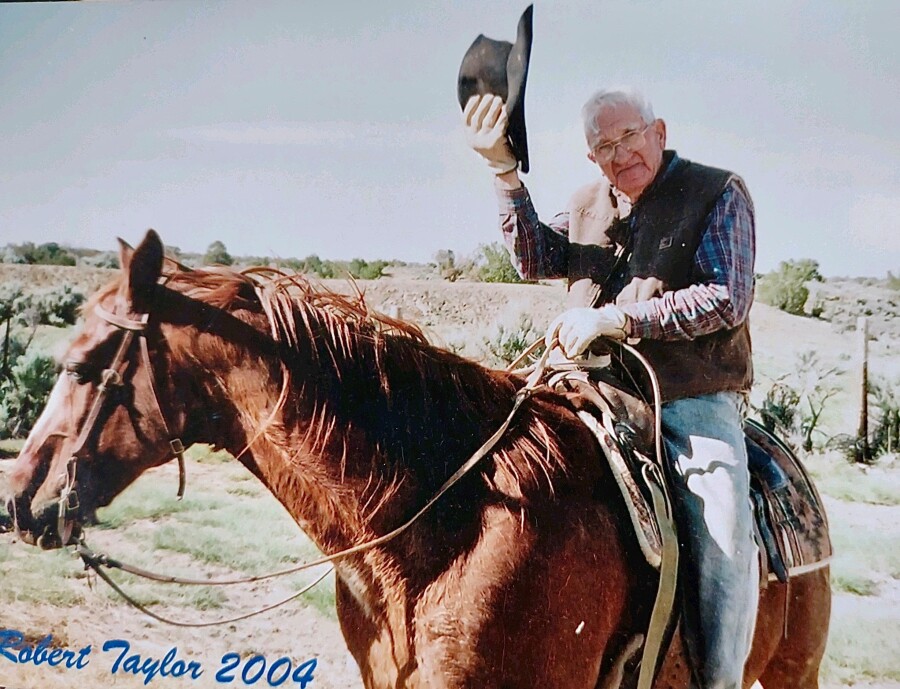 Robert Lee Taylor, Jr., a resident of La Jara, NM was called home to be with the Lord on August 16, 2022, at the age of 94. He was born on March 17, 1928, in La Jara, NM where he lived and raised his family until his passing. He was preceded in death by his parents, Dr. Robert Lee Taylor, Sr., and Felicita Gurulé Taylor; half-brother, Frank Durán, other half brothers and sisters from the Taylor and Durán families; daughter Janella Taylor Bernal.

After attending school in Cuba, NM, Robert went to work as a sheep herder in Arizona with his brother Ivy Taylor when he was about 15. He also worked on the shipyards in Long Beach, CA, during World War II. After returning to La Jara, Robert married the love of his life, Rafelita, on April 23, 1949, and instead of accepting a medical scholarship, chose to become a rancher to raise his children in the country.

Always an entrepreneur, Robert also had a TV repair shop after learning electronics through correspondence courses. He also served as the La Jara postmaster, drove the school bus, and served on the school board.

Robert was a devoted member of the Catholic Church, often heard saying “adelante con la Cruz.” Robert was a pillar in his community, always inquiring of others how they and their families were doing and offering to help in any way that he could. He taught his children and grandchildren the value of hard work and integrity, and to love the Lord.

Dad, you always said “If you lived to be 100, you’ve lived a short life.” Well, even though God called you home a few years early, we realized that since you and Mom have 100 descendants, we can now say you lived to “reach” 100. We love you and miss you, Dad (Grandpa)!

A viewing will be held at Immaculate Conception Catholic Church located at 6440 Main Street,

To order memorial trees or send flowers to the family in memory of Robert Taylor, please visit our flower store.