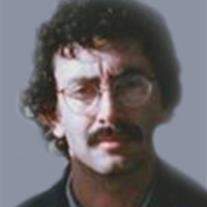 Robert "Bob" James Wilder, age 54, beloved son, brother, father, and grandfather, passed away peacefully,  Thursday, March 19, 2015, of cancer .  He was born in Albuquerque, NM on June 6, 1960, to Charles and Mary Wilder; and was a lifelong resident of Albuquerque and Alameda.  Bob was a graduate of Cibola High School, and was a mechanic, handyman and a grounds keeper, (a jack-of-all-trades). Bob's hobbies and interests included, motorcycle riding, old car enthusiast, original music rock-n-roll drummer.
He was preceded in death by his father, Charles Wilder.  Bob is survived by his loving mother, Mary Wilder; his siblings, Charles Wilder, Mary Wilder, Kathleen Underwood, and Bradley Wilder; his daughter, Tiffany Meyers; grandchildren, Elijah, Juliette, Leah Johnson, and Jocelyn Jones; numerous nieces, nephews and friends, too many to mention.  Bob will be greatly missed by his loving family and by those whose hearts he touched.
A Rosary will be recited Friday, March 27, 2015 at 8:00 a.m. at Nativity of the Blessed Virgin Mary Catholic Church, 9502 Fourth St., NW, followed by a Funeral Service at 9:00 a.m.  Inurnment will be at a later date.

To order memorial trees or send flowers to the family in memory of Robert "Bob" Wilder, please visit our flower store.