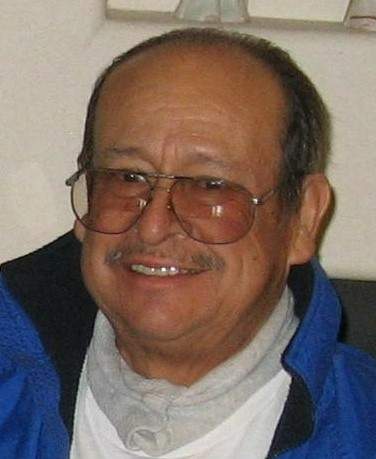 Roberto (Bobby) Lucero, 80, went to be with our Lord and Savior Jesus Christ on February 20th, 2022. He was a lifelong resident of Alameda, New Mexico and took his first and last breath in the home that his father built. He was surrounded by family during the days prior to leaving this life, peacefully in his sleep.

Bobby was born in Albuquerque, NM to Willie Lucero and Rebecca (Gurule) Lucero on July 15th, 1941. This is up for debate however, since Bobby, admittedly, on at least one occasion, fibbed about his birth year in order to pass as older. He learned many skills from his parents growing up including how to raise animals for use, gardening and viniculture (making moonshine).

As a young man growing up, Bobby loved his cars and enjoyed working on them. At times, he would take adventurous road trips to California, Colorado, Juarez and Tijuana. After Bobby became a loving husband and devoted father, his adventurous lifestyle was replaced with more family-oriented adventures. He enjoyed the outdoors and loved fishing and hunting. He enjoyed raising rabbits and teaching his children not to name them, because soon they would become dinner.

One of Bobby’s first jobs was working at a nursery which helped cultivate his passion for gardening. He could often be seen in his garden shooing away los chapulines, crushing the eggs de las chinches and squishing los gusanos cornudos del tomate. He loved growing tomatoes, cucumbers and chile but wouldn’t dare grow squash. Bobby grew a garden every year until the final summer before his death. It may have been his favorite hobby of all.

Later in life, Bobby enjoyed cruising around in the car with his wife, watching his youngest daughter compete in bowling tournaments, spending time with his grandchildren, watching the Denver Broncos and playing the penny machines at the casino. He said the casino was a place to pass the time and forget about his worries. Even though he enjoyed his relaxing time at the casino, he made sure that he was always home in time for dinner.

Bobby is preceded in death by his parents, Willie and Rebecca Lucero; his siblings, Mary Katherine Lucero, Julian Lucero and wife Berna, Meraldo Lucero, and Isidro Lucero and wife Patricia.

To order memorial trees or send flowers to the family in memory of Roberto (Bobby) Lucero, please visit our flower store.