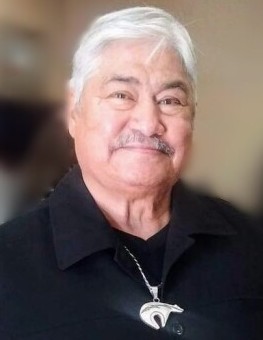 Roger Michael Lujan passed away on January 6th, 2021 born on January 4th, 1952 born to Ramon Lujan and Rachel Padilla Lujan. He was proceeded in death by his wife Arlene Griego Lujan, and his parents, sisters, and friends. He was born in Las Vegas, New Mexico and was a star athlete at West Las Vegas high. He then served in the Army and received National defense service medals declaring him expert in M-14, M-16 and .45, exiting with an honorable discharge. He truly had a heart of gold and was truly one of a kind. He always treated every person with kindness, whether rich or poor. He touched everybody's life that he encountered, whether it was with his kind words, compliments, his silly joke’s, or his gifts. He was a wonderful man that could never be replaced and will be sadly missed. He is survived by his children Valerie Lujan , David and Raquel Griego, Cynthia Griego, Deanna Griego, Letricia Kavanaugh, Angelo Baldonado, Isaac Lujan, Desiree Sanchez, Esperanza Baca, and Regina Lujan, plus many grandchildren. He is also survived by his sisters Martha Kavanaugh, Yolanda Lopez, and his brother Raymond Lujan. The service times are as follows, Rosary and viewing on Monday January 25th, starting at 6:00 p.m. at Daniels funeral home on 4th and Alameda following a funeral mass on January 26th, starting at 10:30 a.m., held at San Felipe de Neri church, followed by the burial at Mount Calvary.

To order memorial trees or send flowers to the family in memory of Roger Lujan, please visit our flower store.