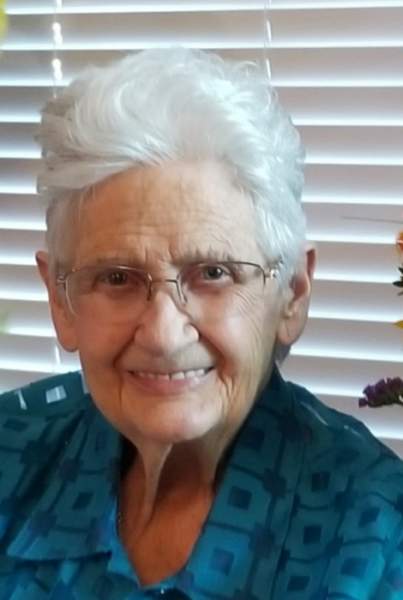 It is with much sadness that we announce the peaceful passing of our mother, Rose Mae Garcia, at the age of 90. She spent the last few weeks of her life surrounded by her sister, children, grandchildren, great grandchildren and friends. We shared stories and laughter with her and each other during those final weeks.

Rose Mae always had a story or a joke to share with anyone who would listen, and she never went anywhere without being “lipisticated”. There was always a smile on her face and she considered everyone to be her friend.

Rose Mae was born in Trinidad, CO to Ernest and Celia Lowe, and spent her younger years, along with her brother Johnny, exploring Taos, NM.  At age 9 her family moved from Taos to Santa Fe, NM where she attended the Loretto Girls Academy. She eventually transferred to Santa Fe High School where she played in the marching band, and graduated in 1951. When she was 16 years old she was blessed with a baby sister who was the light of her life.

On her 20th birthday, while attending the Santa Fe Fiestas, she met Alfred Garcia and they were married in April of 1952 at the Cathedral in Santa Fe. Rose Mae and Alfred remained in Santa Fe until 1963 when his job took them to Albuquerque, NM, where they raised five children. In 1976 the family moved to Alameda, NM where they raised chickens, horses, cows and had a large garden from which she processed and canned produce like any “Farmer’s Wife” would do. She joined the Alameda Community Center and took line dancing classes, painted ceramics and joined a swim exercise class. She loved to sew and cook and made the best enchiladas and homemade bread in the state.

In 1981 the first of 12 grandchildren arrived, and Rose Mae became “Nani”. She loved each and every grandchild and gave them the best hugs and kisses. She would make them tiny fresh tortillas with butter, and loved playing board games with them until midnight. The years that followed were filled with large family parties, balloon breakfasts, weddings, vacations, gatherings with her Class of 1951 friends, and finally 5 great grandchildren. Her final years were spent at Bear Canyon Estates with the loveliest of people. She truly loved everyone.

Services will be held at a later date

To order memorial trees or send flowers to the family in memory of Rose Garcia, please visit our flower store.