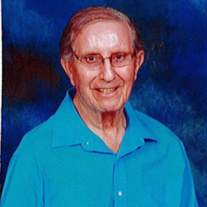 On June 18, 2016, Solomon "Sal" Fresquez, completed his earthly journey and returned to his beloved Lord. He was born in Mora, NM on January 9, 1938, to Demetrio and Clorinda Fresquez.

He graduated from East Las Vegas High School (now Robertson High School) in 1956. After completing high school, Sal married the love of his life, Theresa Baca to whom he was married for 61 years.

Sal was preceded in death by his parents and his eldest son, David.

Sal was known for his tremendous work ethic and determination to succeed. In high school he held down three jobs. After he and Theresa were married, they moved to Albuquerque where Sal obtained an employment with Valley Gold Dairy for whom he worked for 18 years. There he was known for being a loyal, dedicated and hard working employee. Sal left Valley Gold to go into the liquor business. For 27 years he with the help and support of Theresa and the family, successfully operated Sal's Discount Liquors. He created the success of the business through hard work, determination and loyal customers whom he treated as family. Prior to his retirement, Sal also successfully managed other business enterprises including Farmers Feed Store. Sal was  a passionate sports fan who enjoyed watching football, basketball and boxing on television. He was a boxing enthusiast who attended as many of the Holly Holms fights that were promoted by his son Lenny. He loved fishing and going to the family ranch in Mora to cut wood and Christmas Trees. Hard labor was a common means of relaxation for Sal. Sal was also passionate about his politics. A life long Democrat, he loved attednding political conventions, precinct meeting, working for candidates, distributing candidates literature discussing politics at every level, watching debates and getting people to vote. He was the kind of foot soldier who candidates count on to help get elected. Many of his long lasting friendships came to be as a result of his involvement in politics. Sal was a devout Catholic, a loving husband, devoted family man, a successful but humble businessman who never forgot his humble beginnings and who was always willing to help the less fortunate. His wife and family and everyone whose lives he touched will miss him dearly.

In lieu of flowers donations may be given in Solomon's honor to St. Therese Catholic School www.stthereseschoolabq.org/Support_School