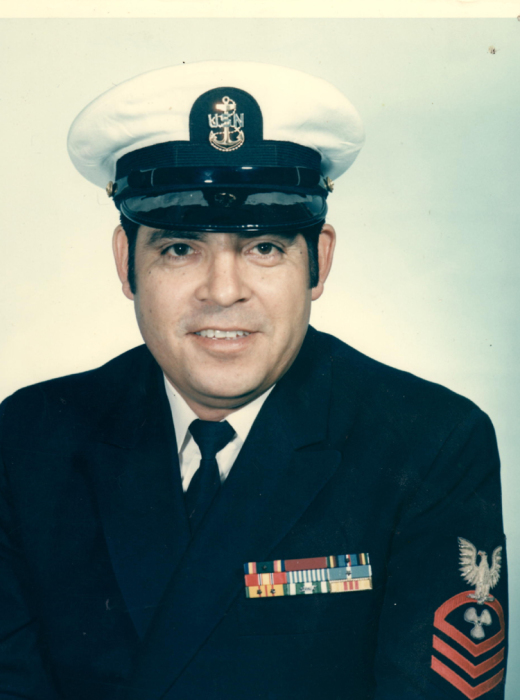 He was preceded in death by his parents, Sefredo and Rose Casaus; brothers, Henry O'Connor, Richard D. and Eloy Casaus; and sister Lilly Casaus.

Visitations will be Wednesday, August 21, 2019 from 6:00 p.m. to 6:30 p.m. in the Chapel of Daniels Family Funeral Services ~ Alameda Mortuary, 9420 4th St., NW, Albuquerque, where a Rosary will be recited at 6:30 p.m.  Inurnment will take place Saturday, August 24, 2019 at 12:00 p.m.. at the Our Lady Assumption Cemetery in Jemez Springs, NM.  Urn Bearers will be Triston Brayman, Nathaniel Luke Kellum, John Brayman, Daniel Espino, Jeremy Dominguez.  Honorary Bearers will be Gabriel Espino and Jacob Dyer.

To order memorial trees or send flowers to the family in memory of Teodoro Casaus, (Ret. Navy CPO), please visit our flower store.

Our Lady of Assumption Cemetery