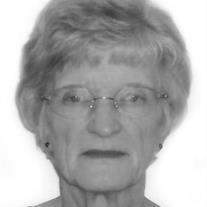 Vena May Perrings, age 79, beloved and devoted wife, mother, grandmother, and sister, passed away peacefully at her home, Thursday, November 19, 2014, while surrounded by her loving family.  She  was born on June 30, 1935, in Carlinville, IL, formerly  resided in Dyer, IN and was a resident of Albuquerque since 1994.  Vena was an active member of the Sandia Presbyterian Church.  She was a secretary for Lake Central School District, St. John, IN, for many years.
She was preceded in death by her parents,  Phillip Conrad and Minnie Marko Bloome; her husband of 55 years, Lewis Perrings;  a sister, Eileen Hammann; brother, Marvin Bloome; brother-in-law, Charles Perrings; sister-in-law, Helen Perrings; sister-in-law, Sara Perrings.
Vena is survived by her wonderful children, David and wife Sonda of Danville, CA, Mark and wife Rebecca of Westlake, OH, Marcia of Louisville, CO, and Ann and husband Jeff Traven of New Lenox, IL; her precious grandchildren, Matthew and fiance Beth, Laura, Ben, Elliott, Sam Perrings, William, and Andrew Traven; her sister and brother-in-law, Wanda and Dale Weaver of Albuquerque, NM; brother-in-law, Theodore Hammann of Carlinville, IL; sister-in-law, Margaret Bloome of Carlinville, IL; brother-in-law, Kinley Perrings of Walnut Creek, CA; and numerous nieces, nephews, other relatives and friends.  Vena will be greatly missed by all.

A Prayer Service will be conducted on Thursday, December 4, 2014 at  10:30 a.m. at Daniels Family - Wyoming Chapel, 7601 Wyoming Blvd NE.  Burial will take place at the Moore Cemetery in Carlinville, IL, at a later date.  In lieu of flowers, Memorial contributions may be made to Sandia Presbyterian Church, 10704 Paseo Del Norte NE, Albuquerque, NM  87111, or to the charity of your choice in Vena's Memory.