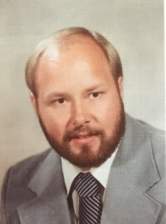 Bill grew up in Fargo ND, graduating from Fargo South High School in 1972. He attended North Dakota State School of Science graduating in 1977 with an Associate Degree in Mechanical Drafting and Design Technology.  He went on to graduate from the University of Northern Iowa in December 1981 with a Bachelor of Technology Degree. While at UNI, Bill also acquired his teaching certificate for secondary and post secondary education programs.

Bill was an invaluable investor in numerous local and national charitable organizations. As an Ethicon Endo-Surgery Inc employee, he was a dedicated volunteer raising money for St Baldrick’s Foundation supporting childhood cancer research. His many years embracing St. Baldrick’s mission earned him recognition as a Knight in the organization’s League of Legendary Heroes. He also received an Ethicon Endo-Surgery Inc President’s Quality Award in 1997.

Bill asked that memorial gifts be made in his name to St. Baldrick’s Foundation at stbaldricks.org. A Celebration of Life service for Bill will be held at a future date.

To order memorial trees or send flowers to the family in memory of William "Bill" Gregory, please visit our flower store.